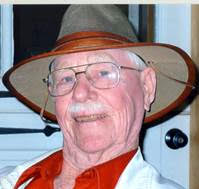 Jack grew up in the Frankford section of Philadelphia and was a graduate of Frankford High School class of 1940.  He was a talented musician.  His first instrument was the piano, but in high school he carried his cello several blocks to play in the school orchestra.  A music education major at the University of Pennsylvania, Jack’s education was interrupted by WWII.  Injured in Germany, Jack returned after the war and completed his degree in mathematics and music.  Fraternities included Kappa Phi Kappa, Phi Delta Kappa and Tau Kappa Epsilon.

Music always played a major part in his life. He enjoyed listening to and playing some wonderful pipe organs in the area.  He was a member of The Theatre Organ Society of the Delaware Valley. Jack arranged music for  and sang baritone with The Country Gentlemen of Bucks County and his quartet, the Pitch Blenders. Baritone was the perfect part for him; supportive, necessary, but not showy. He was very proud that his heirs have shown extraordinary musical ability, too.

He was a natural educator, first teaching mathematics at several schools, including Springfield Township High School and Ogontz Junior High, before moving into administration at Clayton High School (NJ) and finally at Montgomery County Community College. Even in retirement he volunteered at a local elementary school. He was a lifelong learner. He earned  master’s degrees in education and psychology and a doctorate in education, but he never stopped reading and learning about our world, history, science and politics.

In 2005 Jack moved to Ann’s Choice. There he met a whole new group of friends.  He joined the Romeos and played pool on a regular basis.   He was always interested in people as unique persons, and he appreciated the life stories of his new friends.  At Ann’s Choice he knew hundreds of people by name, and he especially enjoyed talking to the students who worked in the dining room.    Jack enjoyed traveling, photography and wordplay.  Although he was a man with many facets, he may  best be remembered for his quick wit, wonderful sense of humor, and ready smile.