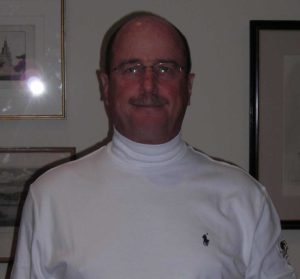 Born and raised in Philadelphia, he was the son of William R. and Regina (née  Enderlyn) Griffin. He attended Germantown Academy and was a member of the class of 1969. He matriculated to Lafayette College, where he was the captain of the varsity lacrosse team, and graduated in 1973. Bill enjoyed a long and successful career in the electronics manufacturing industry, serving as president of Pennsylvania Wire and Cable for 27 years.

An avid golfer, Bill was a past member of The Philadelphia Cricket Club and one of the highlights of his life was shooting a 69 at the Club’s historic Wissahickon course. Bill was also a member of the Ausable Club in St. Huberts, New York, where he spent vacations with his wife and children. He was an accomplished skier, hunter, and fisherman, pastimes he shared with his family and friends. Bill was also a vocal and passionate fan of the Philadelphia Eagles and his perfect day included 18 holes in the morning followed by an Eagles win in the afternoon.

A loving husband and father, Bill was a devoted friend  known for cultivating and maintaining many lifelong friendships. He will be remembered for his positive yet pragmatic approach to life and was a person who treated his responsibilities as a privilege and the enjoyment of good times as a responsibility.

He is survived by his wife Lydia (née Williams), his sons William Norris and Samuel Gillmore, his daughter Eliza Franklin, as well as his sister Helen Griffin-Shelley, her husband Eric and their children, Eric and Megan.