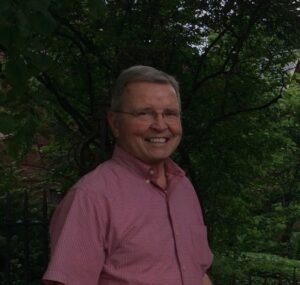 Bill is survived by his brother Frank and sister in law Kathy, and his children Bill (Lisa), Ruthann, Tara, Pam, Bryan (Bernice), John (Denise), Patrick, and Brendan (Brooke) along with 27 grandchildren and 7 great grandchildren.

Bill attended Holy Innocents Catholic School in Juniata before graduating North Catholic High School in 1956. He went on at the top of his class at both Villanova University in 1960, and then from Villanova Law School.  He was admitted to the Pennsylvania Bar in 1963.  Bill was appointed as the Deputy Secretary for the Pennsylvania Department of Labor and Industry after his run for State Senate in 1968.  In private practice Bill worked with Clark, Ladner, Fortenbaugh & Young, and at Abrahams & Lowenstein. Later in his professional career, as a sole practitioner, he twice argued before the Supreme Court of the United States. He helped all who came in through his door.

His career and education give an incomplete picture of the gracious and generous man he was. This selflessness was inspired by the sisters and priests who taught him in his youth. A deeply religious man, he believed that service to others was his responsibility and duty. Bill volunteered behind the scenes to help local organizations, families, and the religious. He served as the President oof the Archbishop Wood Football Boosters (94-95), the Touchdown Club of LaSalle Football (96-97) and was a lifelong supporter of the Oblates of St. Francis de Sales.

In 1997, Bill suffered a stroke. The late night drives to help a friend in need could no longer happen. This did not stop Bill from continuing his life of service. He became a regular fixture on the Main streets in Southampton and Flourtown, waving and speaking to all he came across.

After 1997, Bill also started walking to daily mass at Our Lady of Good Counsel in Southampton before his move to Flourtown in 2011 changed his daily destination to St. Genevieve’s Parish. As a strong proponent of Catholic education his children attended Catholic schools across Philadelphia, Bucks, and Montgomery Counties. He also served as a steward on the North Catholic Alumni Scholarship fund.

Whether he spoke with Monsignor or the bank teller, an old friend or a new acquaintance, Bill always respected every person who crossed his path, whether it be everyday or just once. He showed his respect with humor. There was no elevator operator or parking attendant that would escape his irascible energetic hello and friendly jibe.

Bill is remembered as a compassionate, intelligent, and deeply religious man; committed to support of his church and his family.

Relatives and friends are invited to William’s visitation Thursday 9/8, 9 to 10am St. Genevieve Church Flourtown. His Mass of Christian Burial will follow at 10am. See Craftfuneralhome.com for full obituary. Interment Calvary Cemetery. In lieu of flowers contributions in William’s name may be made to Oblates of St Francis de Sales 2200 Kentmere Pkwy, Wilmington, DE 19806.