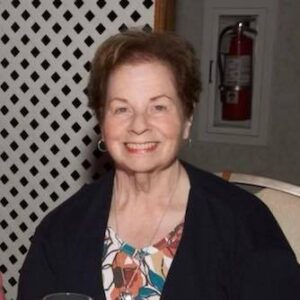 Sue O’Leary of Lafayette Hill died on October 30th, 2021. She was 78 years old. She was preceded in death by her late husband, Dennis O’Leary, and is survived by her daughter Deirdre of McLean VA, daughter and son-in-law Megan and Mark Parisi of Somerville MA, brother Don Potter of Los Angeles CA, and many dear cousins.

Sue grew up in the Strawberry Mansion neighborhood of Philadelphia. She graduated from Olney High School in 1960 and went on to attend Penn State University where she majored in English and loving Penn State Football. After graduation, she returned to Philadelphia and worked at Pennsylvania General Hospital. While there, she met Dennis who was then a Philadelphia police officer. They married in 1967 and enjoyed 45 years of marriage, raising their two daughters in the Southwest Philadelphia home in which Dennis was raised. The couple eventually moved to Chestnut Hill where they resided together until Dennis’ death in 2012. In 2014, Sue moved to Cathedral Village in Andorra. In 2018, she relocated to The Hill at

Whitemarsh in Lafayette Hill where she lived until her death.

After staying home to raise her daughters, Sue’s lifelong love of books led her to enroll at Drexel University to pursue a Master’s Degree in Library Science. That degree led Sue to employment as a reference librarian for the Free Library of Philadelphia. Over her 20-year career, Sue served at the West, Northwest, and Northeast Philadelphia Regional Libraries.

Sue was a lifelong urban dweller but her heart was always somewhere on a ranch in the wide open spaces. She could always be found reading a Western novel or watching Western movies. Music was also a part of her DNA. Sue began singing in her high school choir, and continued to sing all the way through her time living at Cathedral Village. 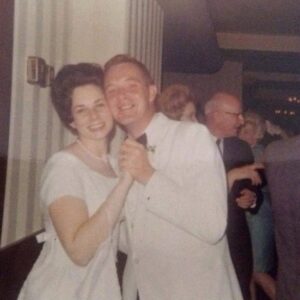 A memorial service will be held Friday 5/20 at 11am. These services will be held virtually, please copy and paste this link,

In lieu of flowers, donations may be made in Sue’s honor to the National Museum of American Jewish History or Abramson Hospice. She will be greatly missed.