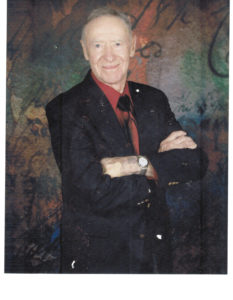 Sam joined the US Army Air Forces after completing high school in 1942. He went on to serve his country honorably in WWII, and received The Distinguished Flying Cross. Sam flew in 53 combat missions while serving in the Southwest Pacific. He was proud to have taken part in the first daylight bombing raid over the Philippines.

He graduated from Drexel University with a BS in Engineering, and went on to work at Honeywell as plant manager at their newly constructed Fort Washington facility. Sam left Honeywell to found Alert Building Security and Services.

Sam was active in the Mt. Airy Presbyterian Church and the American Legion. He served as Commander of the VFW Post 7919, and President of the 43rd Bomb Group Association.