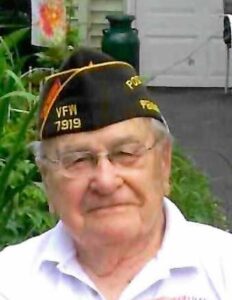 Roy was a proud veteran of WWII having served in the Navy in the Pacific. After the war, he earned a Bachelor’s degree from East Stroudsburg University and a Master’s degree from Temple University. Roy was employed for 40 years by Keystone Automobile Club now AAA Mid Atlantic retiring in 1991. He served in various executive capacities and in 1972 became V.P. Director of Public Affairs, Public Relations and Traffic Safety. Roy received numerous awards over the years including The Philadelphia Chamber of Commerce Award for his work in pedestrian safety. The Pennsylvania Police Chiefs Association also named him Safety Man of the Year in 1986. He was a member of numerous Public Relations and Traffic Safety professional groups and organizations at the national, state and local levels.

Roy served his community well having lived in Springfield Township, Montgomery County for almost seventy years. During that time he served as Township Commissioner from 1979 to 1995. He was active in Little League where he served for fifteen years as a manager, umpire and president in 1965 and again in 1992. He was president of the Babe Ruth League in 1965 and president of the Oreland Swim Club in 1966. He also served Chestnut Hill Meals on Wheels after serving two years as Board Chairman.

Relatives and friends are invited to his Visitation at St. Genevieve Church, 1225 Bethlehem Pike, Flourtown, PA on Saturday May 7th beginning at 9 to 11am followed by Mass of Christian Burial at 11am. You may access the Mass online https://stgensparish.com/  through their YouTube Channel Interment at Holy Sepulchre Cemetery, Philadelphia, PA. In lieu of flowers donations can be made to the Springfield Township VFW Post 7919, 7999 Elm St., Wyndmoor, PA 19038.