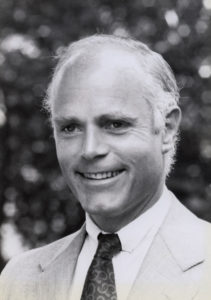 Ross Linton Campbell, 86, passed away peacefully on March 24. Born in Philadelphia, Ross was a loyal friend with a big heart and even bigger sense of humor. He valued and cultivated his numerous friendships, many maintained from his childhood. An avid golfer from an early age, he prided himself on his golf game and was a regular fixture on the links. A member since 1961, some would say, Sunnybrook Golf Club was his second home. He was also a member of Pine Valley , New Jersey. For many years he played on the Pennsylvania team for the Lesley Cup matches. He was also a member of the U.S. Seniors Golf Association. Involved in the United States Golf Association, he ran the 1978 U.S. Women’s Amateur Tournament at Sunnybrook.

When not golfing, he loved socializing with friends and family, developing interesting menus to cook together with his wife of nearly 60 years, Marcia or his sons, Lindy and Ian. His most cherished holiday was Thanksgiving, bringing his family together to cook and enjoy amazing food and always great wine. He loved his family dearly and enjoyed time with his boys and their families immensely.

Mr. Campbell graduated from Episcopal Academy, Merion, Pennsylvania, and The Wharton
School of the University of Pennsylvania. A member of The First City Troop Cavalry of
Philadelphia, he served in the Army in Anchorage, Alaska, often patrolling on skis in sub-zero
temperatures. After he returned to Philadelphia and began his career as a broker at Butcher and
Singer and retired in 2014 after more than 40 years at Janney Montgomery Scott. His lunch
hour was frequently spent at The Racquet Club of Philadelphia where he was a fierce and
generous backgammon competitor. He truly enjoyed his time at the Fourth Street Club and
served as president. As a member of the Men’s Garden Club, he contributed to many a
Philadelphia Flower Show exhibit.