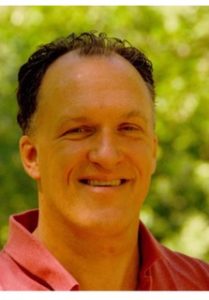 Born in Philadelphia to Martha Metzger Tucker and the late Dr. Samuel Hopper Tucker, he attended Chestnut Hill Academy, Philadelphia, PA, the New School (now Pennfield School), Middletown, RI and the Eaglebrook School, Deerfield, MA. He graduated, in 1986, Cum Laude from Phillips Exeter Academy, Exeter NH, during which time he spent a semester at the Mountain School of Milton Academy, where he worked on an organic farm in Vershire, VT. Rob was a 1990 graduate of the University of Pennsylvania, from which he also received his Medical Degree in 1995. He completed his residency at Thomas Jefferson University, Philadelphia, PA, followed by a fellowship at the Children’s Hospital of Philadelphia. He specialized in Adolescent Medicine and Child and Adolescent Psychiatry at the Warren E Smith Health Center in Philadelphia, PA, where he worked for nearly twenty years. Rob also had a private psychiatry practice with adult patients and specialized in anxiety disorders.

Having been introduced to meditation through Jon Kabat Zinn’s Mindfulness-Based Stress Reduction program, Rob became a practicing Buddhist. He had recently converted at the Chenrezig Tibetan Buddhist Center. His passion for mindfulness was shared with family and friends and he also incorporated some of his stress-reduction techniques into his psychiatric practice. Professionally, Rob was regarded for his sincere, earnest nature and his dedication towards his work and helping others.  He was compassionate and caring and lived his life with exuberance. Rob was an avid reader, loved to walk, and cherished animals, particularly his cat, Georgie.