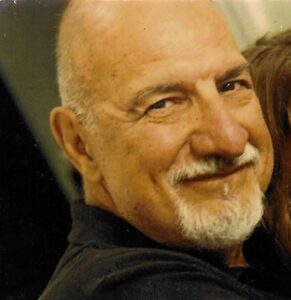 Born and raised in Philadelphia, a graduate of South Philadelphia High School and Temple University, Bob continued his educational endeavors by earning his Ph.D. in Mental Health Administration from Antioch University. He was Director of the Mental Health Department at Hahnemann Hospital for many years. He enjoyed teaching and mentoring students of the University and made many life-long friendships there.

Bob was known for his love of adventure and life. A member of the Mummers Parade since his teenage years, he continued to march up Broad Street for most of his adult life as a Fancy Clown Trio with his long-time friends. In addition to the Mummers, Bob kept very active as a member of the South Jersey Rugby Football Club and The Racquet Club of Philadelphia. He was an avid tennis and racquetball player, a scuba diver, he loved sailing and was an outdoorsman. Bob’s friends, family and neighbors enjoyed when he entertained as his menu was always eclectic and delicious. He adored traveling and exploring the United States and Europe. His most treasured trips were to Italy, especially time in Sicily with his family.

Bob is pre-deceased by his parents, Vincent and Angelina Caruso (née Peru), his sister Elaine Caruso Phillips and the love of his life, his beloved Rita (nee Valente). He is survived by his family who love him dearly and will miss him always, daughters Nicole (Michael) DiChiara, and Lori (Wilmer) Abbott. His four grandchildren, Elizabeth, Colin, Benjamin and Addison. His nieces and nephews and his friends near and far.

Relatives and friends are invited to Bob’s viewing Saturday 12/17 10 to 11am at Immaculate Heart of Mary 819 Cathedral Rd. Philadelphia, PA 19128. His Mass of Christian Burial will follow at 11am. Interment Holy Sepulchre Cemetery. In lieu of flowers contributions in Bob’s name may be made to Wounded Warrior Project, PO Box 758517, Topeka KS, 66675.