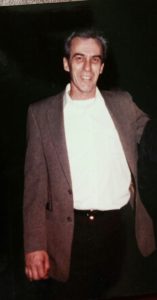 Collopy, Robert L, Jr (January 16,2017). Beloved husband of Mary Jane Collopy (nee Clark) Loving Father to Robert (Lisa) L. Collopy lll, and Joseph (Shona) E. Collopy. Loving Grandfather to Austin R. Collopy. He will also be missed by his sister Florence Neeley and nephews Brian, Mike and Curt Neeley. He will also be missed by his beloved dog Greta. He was born in Philadelphia, Pa in 1941, proudly served in the United States Air Force from 1960-1964. He then went on to work as a Structural and Mechanical Design Draftsman, Retiring in 2007. Robert also enjoyed the great outdoors and spent his time hunting and fishing with his family. Services will be private. In Lieu of flowers, donations will be accepted in his name to the Veterans Affairs or the N.R.A.