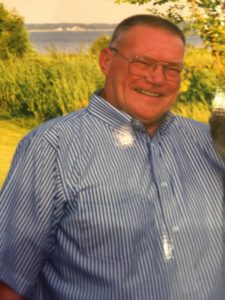 Peter was born to Alice Crainer and Herbert Van Blarcom. He graduated from The Episcopal High School in Alexandria, VA and Duke University. At Duke Peter was elected as Head of the Student Union. He was also a member of the men’s soccer team where he was voted into the Athletic Hall of Fame. He was a proud member of Alpha Tau Omega fraternity and majored in Mechanical Engineering. Peter then served two years in the United States Marine Corps. where he retired as a First Lieutenant. Peter met his future bride, Mary Anne Prugh from Pittsburgh, PA in 1957. They married in 1958 and soon after joined the Chestnut Hill Presbyterian Church where Peter served as an Elder and the President of the Board of Trustees. Peter spent his professional life in mechanical engineering sales where he also authored many trade publications. Peter also volunteered and drove the Springfield Township ambulance.

Peter was an active member of Wissahickon Skating Club where he was Chairman of the Ice-Hockey program. Mary Anne and Peter most recently resided at Normandy Farms Estate where Peter was President of the Residents Association.