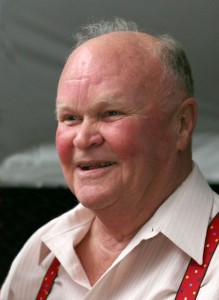 Born in 1933 and raised in Hatfield, PA, the son of Nelson S. and Ethel Kay (Millard) Hartranft. He later resided in Erdenheim, PA, Bayville, NJ and West Pam Beach, FL.

Nelson was a graduate of the William Penn Charter School class of 1951 and went onto college at Lehigh University. He took time away from his studies to join the military in 1953, serving in the US Marine Corps as an Officer and Pilot until 1957. Upon discharge he completed and earned his B.S. in Business Administration from Lehigh in 1959. In addition to being a member of the Masonic Lodge, he was an active member of the Hatfield Jaycees, Pennsylvania Jaycees and International Jaycees, holding several leadership positions.

Nelson spent most of his successful career as proud owner and administrator of Harston Hall Nursing Home in Flourtown, PA. He was a former member of The Pennsylvania Health Care Association, serving as both a Regional President and on the Board of Directors. After selling the business in 1988, he engaged in several business and development projects under Nels-Hart Inc. in Pennsylvania, New Jersey and Florida.

As a past Commodore and Life Member of the Ocean Gate Yacht Club, his true passion of sailing and love of the water was ever present. His mission to revive and restore the A-Cat class of sailboats to race on Toms River and Barnegat Bay began in the 1970’s and his racing legacy is carried on today by his son and grandsons. Adding to many trophies, victories and honors throughout the years, Nelson will posthumously be inducted into the Barnegat Bay Sailing Hall of Fame this October.

Nelson was a true patriot with a deep love for family, friends and his pets and will be deeply missed by those who knew him.  Relatives and friends are invited to Nelson’s Funeral Service Thursday June 30th 1pm Craft Funeral Home of Erdenheim 814 Bethlehem Pike, Glenside, PA 19038, where friends may call 12noon. Interment Whitemarsh Memorial Park. In lieu of flowers, contributions in Nelson’s name may be made to Ocean Gate Yacht Club, PO Box 347, Ocean Gate, NJ 08740.