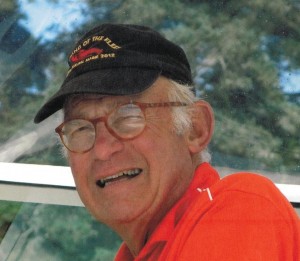 Born July 11, 1937 in Ambler, Mr. Cheston attended Chestnut Hill Academy and graduated from St. Paul’s School in 1955, from Princeton University in 1959 and Harvard Law School in 1964.  He played varsity lacrosse and hockey while at Princeton and was selected captain of the hockey team his senior year.

After Princeton and his Naval ROTC course, Mr. Cheston became an officer in the United States Navy, serving aboard a destroyer in the South Pacific. He also continued playing hockey including trying out for the 1960 United States Olympic team where he just missed the cut but traveled with the team to Squaw Valley to see them win the Gold Medal. For many years following he played for the St. Nicholas Hockey Club and Wissahickon Skating Club.

He had been a Partner of the Philadelphia law firm of Ballard Spahr LLP since 1971, recently moving to position of Senior Counsel. He had extensive experience in securities and corporate law matters and, for more than 40 years, had been involved actively in the pharmaceutical and biotechnology industries.

Mr. Cheston’s civic and charitable activities extended beyond Pennsylvania Hospital and speaks to his selfless devotion to serve the wider community and help organizations and their constituencies to thrive and grow.  He was chair of The Pennsylvania Horticultural Society and the Philadelphia Flower Show, Chairman of the Board of the Philadelphia Zoo, Director of the New Jersey State Aquarium, Chairman of the Board of Chestnut Hill Academy, a Trustee of Springside School, and Director of the United Way of Southeastern Pennsylvania.  He also served as a Director of The Garden Conservancy, Chestnut Hill – Springside Foundation, Paper Manufacturers Company, The Mutual Assurance Company, Orthovita, Green Tree Mutual Insurance Company, Planned Parenthood of Southeastern Pennsylvania, and Kings College in Wilkes-Barre, PA and a member of the Vestry and Accounting Warden of St. Thomas’ Church.

In addition, he belonged to the Philadelphia Club, The Rabbit, Sunnybrook Golf Club  and Seniors’ Golf Association, among others.

Since childhood, he spent summers in North Haven, Maine where he developed a special bond to the island and the wonderful people who live there that created lifelong friendships and a home away from home.

Mr. Cheston was devoted to his family.  He is survived by his wife, Cynthia Mitchell Cheston, who he was married to for nearly 50 years, his daughter Melinda and sons Morris III (Janet) and James II (Ann), and four grandchildren, Katherine, Julia, Winsor and Morris IV as well as sisters Mary McAdoo, Elizabeth Forster, Charlotte Betancourt and the late Caroline Shipley.