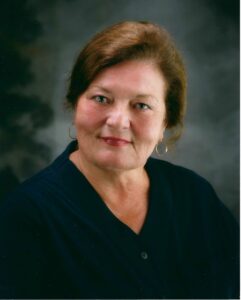 Karen W. Fox-Schneider spent most of her career in a television newsroom as an editor, writer, assignment manager and documentary producer. She has been the recipient of several Emmy, Associated Press and Press Club Awards for newscasts and news documentaries in television and radio. She played a major role in the WCAU-TV – CBS coverage of the City of Philadelphia’s bombing of the MOVE compound in 1985, for which the station won the nationally prestigious Alfred I. DuPont Award.

She was the recipient of a national “Telly Award” for a Food Network documentary, Daring Dining, for the show “The Best Of”, for which she was a researcher, writer, and producer. Her documentary work has appeared on the History and Fine Living channels. She has been a contributor to Cape May Magazine as a feature writer since 2006, has written for Cape May’s Exit Zero Magazine and the Montgomery County (Pennsylvania) Town and Country Magazine.

Karen’s book “The Chalfonte” about the history and legends of Cape May’s oldest continuously operating hotel, was published in 2011. It tells the story of the hotel’s builder, Civil War hero Henry Sawyer, and subsequent owner, Susie Satterfield, daughter of a Confederate general. “The tales of the heroes, heartaches, legends, love affairs and unforgettable characters behind the hotel that became an American treasure” were the basis for a 2013 exhibit at the Mid-Atlantic Center for the Arts & Humanities (MAC), an organization that promotes the restoration, interpretation and cultural enrichment of the Cape May region for its residents and visitors.

Originally from Colesburg, Iowa where her family raised Angus cattle of their farm, Karen lived a dual residence in Cape May, New Jersey and Blue Bell, Pennsylvania, with her husband, landscape architect and fine artist John Eric Schneider; and over time, five Labrador Retrievers, AJ, Nantucket, Cubby, Cocco, and most recently Renny.”

In addition to the above, Karen was an antique enthusiast. Her earliest work experiences took her to the Telegraph Herald Newspaper in Dubuque, Iowa and Evansville, Indiana, was one of the first women police reporters in Philadelphia at KYW News.  People that Karen mentored along her career are nationally known Broadcast Journalists practicing their skills in every major network in America.

Relatives and friends are invited to Karen’s Funeral Service, Wednesday 7/7, 11am at St Thomas’ Church Whitemarsh, 7020 Camp Hill Rd., Fort Washington, PA 19034. If you would like to Attend the service virtually, you can livestream with this web address https://www.youtube.com/user/stthomaswhitemarsh. Interment St. Thomas Church Whitemarsh.

In order to perpetuate her memory, in lieu of flowers, there will be an opportunity to make donations to a Karen W. Fox Memorial Scholarship Fund to be established that will award scholarships to deserving students in the field of media and journalism.