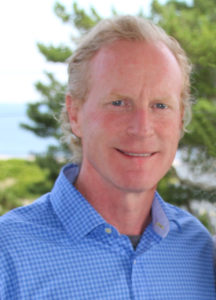 Jack was born in Eastchester, NY and attended Iona Prep and Eastchester High School, where he was class president his senior year. While there, he excelled in basketball, baseball, tennis, track and drama. Jack graduated from Iona College (85).

As a young man he caddied at Winged Foot Country Club proudly earning the caddie scholarship. He also earned the Citizens award from the Daughter’s of the American Revolution.  Adding to his accomplishments and love of sports, he ran in the Boston Marathon, the NYC Marathon (twice), he rode in The Leadville Trail 100 race, in the ultimate high altitude extreme terrain of the Colorado Rockies.  He also cycled in the L’Étape du Tour of the Tour de France, Mont Tourmalet. Jack’s zeal for travel took him to forty-nine states.

Jack’s love of sports enabled him to give back to the community sports programs. He coached his children and many others in the Fathers’ Club baseball and basketball leagues.

Over Jack’s lifetime, he was an active and enthusiastic volunteer in several organizations. He started with the Boys and Girls Club of NYC, served locally on the board of Friends of the Wissahickon and at St. Martin-in-the-Fields Church as a lector and Sunday school teacher.

Travel was important to Ann and Jack in order to give their children a view of the world. Travels took them to Mexico, France, England, Italy and most recently Portugal and Spain.

Jack had an infectious sense of humor and gathered friends with his contagious energy. His mark is indelible.