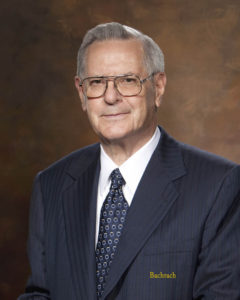 Jack Asher, former co-chairman of Asher’s Chocolates, passed away peacefully at age 83. He resided in Ambler, PA and formerly lived in Germantown (Philadelphia) and Flourtown, PA.

Beloved husband of 63 years to Carolyn (nee Krimmel): devoted father of John L. (Renee) Asher III, David B. (Janine) Asher and Susan Asher. He will also be missed by his 6 grandchildren and 4 great grandchildren.

Jack’s greatest joys in life were his family, the candy business, preserving history and community service.

Jack grew up in Germantown and graduated from Germantown Academy in 1952. After attending the University of Pennsylvania for several years, he joined the business full time.

Asher’s Chocolates was started as a small candy store near Independence Hall by his grandfather in 1892 and moved to Germantown in 1896. Upon the untimely death of his father in 1966, he worked tirelessly along with his brother Bob to salvage the business from the verge of bankruptcy. As the “candy maker” in the family, he most enjoyed working alongside his beloved staff and 4th generation family members to create and produce new delicacies for the customers. What started as two small “I Love Lucy” chocolate candy lines, grew into two large candy factories in Souderton and Lewistown, Pennsylvania which serve the entire US and Canada. He became known as the “Candy Man” and served the community in many capacities.

Jack was a Life Member of the Union League of Philadelphia, a Founding Member of the Keystone State Boys Choir, a Volunteer Firefighter for 35 years, awarded the Philadelphia Chamber of Commerce Small Business Person of the Year in 1988 and was elected to the Candy Hall of Fame in 2006.

Relatives and friends are invited to the Funeral service Sunday September 10th at 2pm at the First Presbyterian Church in Germantown, 35 W. Chelten Ave., Philadelphia, PA 19144. The family will greet people at 3pm at church following the service. Interment is private. The family kindly requests that in lieu of flowers, memorial donations be made to the First Presbyterian Church in Germantown, or Keystone State Boychoir, Inc (at the church address) or the Jack Asher Legacy Fund at Cliveden, 6401 Germantown Ave., Philadelphia, PA 19144.