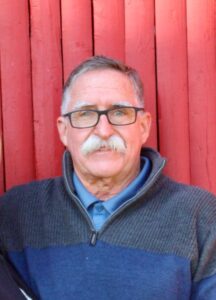 Jim was originally from Northeast Philadelphia and attended Father Judge High School where he graduated in 1969 and immediately entered Local #5 International Union of Elevator Constructors. Jim came from a long line of elevator union members from his grandfather and father to his uncle and brothers. The tradition continued as his own son Brian and his nephews followed suit. His profession started with installing elevators in high rise hotels in Wildwood Crest. From there he traveled throughout Philadelphia to John Wanamaker stores maintaining elevators and escalators. With the closing of Wanamaker, he and his beloved paper maps took to the roads of Montgomery County where he traveled performing routine maintenance at many locations. While working long hours, he also taught in the union apprenticeship program. He loved his role of teacher and mentor and this role continued after his retirement in December 2017.

Though work was always important to him, his family came first. Jim met his perfect match, Debbie, at a New Year’s Eve party in 1971. They were married in September 1973 and daughter Karyn was born in 1975 with son Brian following in 1977. Their life in Northeast Philadelphia was full of family and community. He was devoted to volunteering and coaching for St Dominic CYO and Penn Academy Athletic Association. He was definitely ahead of his time with his thoughts about kids’ sports. He was passionate about every child having the opportunity to participate in team sports. This passion led him to be a part of organizing the Northeast Peanut League which allowed kids, of any ability, to participate in team sports.

Besides being a great husband and father, his role of “POP” was for sure his favorite. His love for his 6 grandchildren was limitless. He was always ready with candy in hand and dollar bills and change for their pockets, to do whatever they wanted to do. He coordinated schedules to bounce from a baseball game to a dance recital and back to another baseball game each weekend.  He knew when every grandkid’s important events were and made sure he was front and center for each one. He was the math tutor when needed, always there to read them a book or their golf instructor which we will certainly miss the most!

Jim passed away after a 7-month battle with cancer. He is survived by his best friend Debra Rodgers (Mazzoni), his daughter Karyn Buchanan (Doug), his son Brian Rodgers (Jennifer), brothers Arthur Rodgers (Irene) and Thomas Rodgers (Mariane), sister Catherine Rodgers, and many nieces and nephews. He is also survived by his 6 grandchildren, Sarah, Joseph, Luke, Logan, Charlotte and Kyle.

Relatives and friends are invited to Jim’s vistation Wednesday 11/17, 9 to 11am, Craft Funeral Home of Erdenheim, 814 Bethlehem Pike. All whom are attending are asked to please wear a face mask. Services will be private. In lieu of flowers contributions in Jim’s name may be made to Abington Jefferson Hospice, Att. Foundation Office, 1200 Old York Rd., Abington, PA 19001.