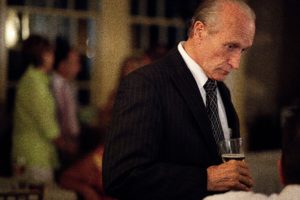 Murphy, James T., Sr. (August 20, 1943 – June 22, 2020). After courageous battles with cancer, Jim passed away peacefully at the age of 76 on Monday evening. Jim was the son of Walter and Lydia Murphy and grew up with his sister Linda Harris in the Mayfair section of Philadelphia where he attended Lincoln High School. He was a UAW member who worked at the Budd Company, Red Lion Plant, before becoming a Teamster at Preston Trucking Company and eventually retiring from BJ’s Wholesale Company in 2010.  Jim could regularly be found outside of his home working on his car and caring for his lawn.  He enjoyed spending the majority of his time with his family, especially his four grandchildren. Upon his death, Jim was married to Carrie, his wife of 44 years. He was the proud father of two sons James Jr. (Corie) and Michael (Tiffany). Jim was a loving Pop Pop to Aiden, Alessia, Michael, and Lexi. He will be missed greatly by all who knew him.

Relatives and friends are invited to Jim’s Viewing Monday, June 29th, 10:00am to 11:30am, Craft Funeral Home of Erdenheim, 814 Bethlehem Pike. His Funeral Service will follow at 11:30am. Per CDC guidelines everyone is required to wear face coverings and practice social distancing. Int. George Washington Memorial Park. After the Funeral Service, the family will be hosting a Memorial Lunch.  In lieu of flowers contributions in Jim’s name may be made to the American Cancer Society, 1626 Locust St., Philadelphia PA 19103.