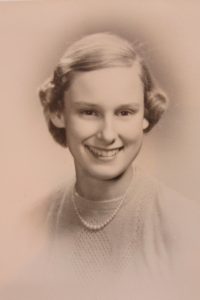 Ingrid G. Daemmrich, a longtime professor at Drexel University whose love of literature inspired a lifetime of scholarship, died early Sunday of cardio-renal failure at Chestnut Hill Hospital. She was 82.

Professor Daemmrich taught freshman English classes at Drexel University for 30 years, focusing on the critical reading and writing skills required for academic and professional success. One of her proudest moments every year was helping to select the winners of freshman composition prizes, including one she established in 1998 in honor of her late mother and mother-in-law. Teaching was her life’s passion, and she remained active with the faculty of Drexel’s Department of English and Philosophy until her retirement in June 2014.

Born in Albany, N.Y., Daemmrich was the daughter of German immigrants, Alfred and Erika Guenther, and the eldest of four children. She knew she wanted to be a teacher from the moment she lined up her younger brother and sisters in an imaginary classroom. After graduating from high school in Warwick, R.I., she enrolled at Radcliffe College, then the women’s division of Harvard University. She won a Fulbright Scholarship to study in Bonn, Germany, in 1957, and graduated with honors from Radcliffe the following year.

In 1959, while studying at the University of Chicago, she met her future husband, Horst S. Daemmrich, in the library’s reading room. She received her master’s degree in comparative literature in 1960. Two years later, they married on a radiant June afternoon in Warwick, R.I., beginning a lifelong partnership that led them to co-author three books and numerous academic articles.  Daemmrich and her husband specialized in thematic studies, and their 1987 “Handbook of Themes and Motifs in Western studies Literature” has become a reference guide for college students worldwide. Their handbook followed an earlier German publication, “Wiederholte Spiegelungen,” or “Recurring Reflections,” and they explored a thematic approach in greater depth in 1994 with “Spirals and Circles: A Key to Thematic Patterns.” On her own,  Daemmrich explored the paradise motif in 1997 called “Enigmatic Bliss.”

As a young bride,  Daemmrich lived in Detroit, Mi., teaching along with her husband at Wayne State University. While raising two children, she completed her dissertation and earned her PhD in French literature from Wayne State in 1970. It was at this time that the couple also bought a small home by Lake Michigan in the Upper Peninsula.  Daemmrich and her family spent every summer on the lake, which she considered “paradise,” despite the frigid waters.

In 1981, when her husband joined the German Department at the University of Pennsylvania, the couple moved to Flourtown, Pa. Daemmrich taught for several years at Beaver College, now Arcadia College, before joining Drexel University’s faculty. A devout Lutheran, Daemmrich taught Sunday school for 55 years, and was active in Upper Dublin Lutheran Church, where she also cooked for needy families and belonged to a women’s Bible study group. Beyond church and the classroom, Daemmrich was most happy with her family. She took great delight in visiting her children and grandchildren, always looking for moments to discuss books that she or they were reading.

Relatives and friends are invited to Ingrid’s Memorial Service, Saturday 6/2, 11am Upper Dublin Lutheran Church 411 Susquehanna Rd., Ambler, PA 19002. Interment Private. In lieu of flowers contributions in Ingrid’s name may be made to the charity of your choice.