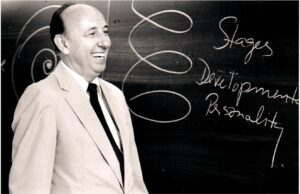 Horst S. Daemmrich, a professor and former chairman of the Department of Germanic Languages and Literatures at the University of Pennsylvania, who published more than a dozen books and numerous articles on German literature, died the night of Nov. 26 at his home in Flourtown, Pa. He was 91.

A highly regarded scholar who won multiple teaching honors, Dr. Daemmrich devoted more than six decades to literary criticism, studying major German writers ranging from Goethe to Günter Grass. He is best known for his research on recurring thematic patterns, which he explored in a series of books co-authored with his late wife, Ingrid Daemmrich, an English professor. Their 1987 handbook “Themes and Motifs in Western Literature” was translated worldwide and continues to be used in colleges today.

“In his lifelong engagement with literature as a genuine human pursuit, he extended themes and motifs into a study of perennial moral conflicts, providing guidance from the great poets and writers,” said Frank Trommler, a longtime colleague and friend of Dr. Daemmrich.

Professor Daemmrich trained two generations of graduate students in German literature at the University of Pennsylvania, and chaired the department for a decade, before retiring in 1998. Famous for his engaging lecture style, Dr. Daemmrich made his popular course “Mann, Hesse, Kafka” a must for many undergraduate students outside the German field. Previously, he taught from 1962 to 1980 at Wayne State University in Detroit.

Though “demanding” and “not a light grader,” Dr. Trommler recalled, Dr. Daemmrich impressed students with his commitment to academic rigor and “conviction that literature is important.”

Having escaped from Soviet East Germany at age 17, and finding a new life at universities in America, Dr. Daemmrich believed deeply in the transformative power of education. He could quote everything from Shakespearean sonnets to Goethe’s Faust from memory. Even on his deathbed, as he struggled with congestive heart failure, Dr. Daemmrich remained focused, directing his family to mail out copies of his final book, published in September.

For all his seriousness, Dr. Daemmrich was extraordinarily youthful, never tiring of making playful pronouncements in a booming voice. At age 90, he self-published a memoir for his family, and ignoring their pleas, continued to climb ladders to prune bushes.

Born on Jan. 5, 1930 in Pausa, a small textile town in eastern Germany, Dr. Daemmrich learned to read at a young age and loved hiking in the woods on Sunday afternoons. His parents, Gertrud and Arthur Daemmrich, ran a successful business making cloth and delicate white lace.

His idyllic childhood ended at age 9, Dr. Daemmrich wrote in his memoir, as Germany invaded Poland, his family was forced to manufacture Nazi uniforms instead of lace, and he watched “tanks, trucks and armed carriers full of soldiers pass our house. Girls bring flowers for the soldiers, but a mother is crying. She envisions only death and destruction.”

Over the next six years, his chronicle grows ever-more grim: scant food, falling-apart shoes, his boarding school bombed. Amid the death and destruction, his father was drafted in 1944 and captured by the American army. Hiding in the attic, the doors and windows locked, the future Dr. Daemmrich listened to outlawed BBC radio reports and prayed for the war to end.

In 1947, with Germany divided, schools reopened and his father safely home, he joined a friend in protesting the East German communist regime by handing out banned western newspapers. Warned they were both going to be arrested, the teenage Daemmrich stayed on his bus home all the way to the station closest to the fenced-off border between East and West Germany.

That night, he escaped, hiking five hours through dark woods and bombed-out fields to Hof in West Germany. In his memoir, he noted: “A bullet from a Russian rifle whistling over your head makes a high-pitched sound. I learn a new lesson: the bullet you hear will not hit you.”

Over the next few years, he completed his high school studies in Munich, worked for a United States Army PX and desperately tried to enroll in one of Germany’s overfilled universities. He soon could no longer sneak home to see his parents because the border became heavily fortified, with electric fences, watchtowers and the Berlin Wall. Though the younger Daemmrich fell briefly in love, and had a daughter, he decided his only hope for an education and a future was to leave Germany.

In November 1953, he packed a trunk of books and boarded a freighter for America. In Detroit, Dr. Daemmrich lived with an aunt who had sponsored him, while studying political science at Wayne State University. He also worked as a salesman for $3.75-an-hour at Hudson’s, a 25-story department store that was then the world’s largest.

After graduating Phi Beta Kappa, Dr. Daemmrich won a scholarship in 1959 to pursue graduate studies at the University of Chicago. Simultaneously, he made two life-changing decisions: He switched his academic focus to German literature, hoping to better understand his childhood country’s darkest days. In his memoir, he quoted Grass and reflected on the Holocaust, noting the “German people carry memories of their past deeds and misdeeds.” And on Sept. 22, he proudly became a US citizen.

In Chicago, while studying Gothic, Old German, Linguistics and even a bit of Swedish, Dr. Daemmrich spied a beautiful Radcliffe graduate in the library’s reading room. He immediately asked for a desk next to her. On a brilliant Sunday morning in June 1962, he married Ingrid Guenther, beginning a 56-year marriage and close scholarly collaboration. That summer, while taking care of a farm outside Chicago, he worked on his doctoral dissertation on Friedrich Schiller and Thomas Mann. He achieved his PhD. in 1964.

The couple settled in Detroit, where they had two children, while Ingrid Daemmrich completed her dissertation in French literature and began teaching at the Detroit Institute of Technology. Dr. Daemmrich returned to Wayne State University, where he quickly rose from assistant to associate professor, and eventually received tenure. In the 1970s, he published his first books, including “The Shattered Self: E.T.A. Hoffman’s Tragic Vision.” He also was repeatedly recognized by Wayne State for his research and teaching.

Dr. Daemmrich and his young family discovered Brevort, Mi., as an idyllic retreat for spending time on the beach by Lake Michigan, reading, and writing. He continued to enjoy summers there through retirement, swimming in the icy waters, and developed close friendships with many local families.

In a 1979 commencement address at Detroit’s Cobo Hall, he exhorted graduating students to pick up more books: “Read and you will discover beauty and truth, contemplation and action, aesthetics and ethics. Reading will open realms that remain closed to us in ordinary life.”

To standing applause, he elaborated on the philosophy that would propel his work, saying: “Literature, then, is a gateway to other dimensions…It transports readers into unexplored realms and worlds that not only exist in a different universe but are also simultaneously present in the world we live in.”

Over the next three decades, while moving in 1981 to Flourtown to teach at the University of Pennsylvania, Dr. Daemmrich expanded on his idealistic view of literature as the gateway to human understanding. In 1987, he and Ingrid Daemmrich published their handbook on recurring themes and motifs in German, American, English and Russian literature, building on an earlier German publication, “Wiederholte Spiegelungen,” or “Recurring Reflections.” They explored the thematic approach in greater depth in 1994 with “Spirals and Circles: A Key to Thematic Patterns.” On his own, Dr. Daemmrich published critical works examining German novelist Wilhelm Raabe, “Vergangenheit,” or “The Past,” and “Sinnsuche und Krise,” about post-modern “Search for Meaning and Crises.”

In 1990, Penn honored him with its top teaching prize, the Ira H. Abrams Award. Other Germanic and comparative literature scholars increasingly cited his work, and in 1995, colleagues wrote essays in his honor in a collection titled “Thematics Reconsidered.” His career included more than 40 peer-reviewed articles and book chapters, along with additional books he edited.

Speaking of Daemmrich’s final work, a reflection on the theme of self-realization published just weeks before his cardiac illness, Dr. Trommler noted it “summarizes most poignantly his thoughtful, always inquiring way of answering the challenges of literature and life.”

Dr. Daemmrich died as adventurous in spirit as he lived. Struggling with heart failure, he survived a high-risk operation at Temple University Hospital, and impatiently demanded to go home. On Thanksgiving Day, his son and daughter took him back to the house where he had lived independently since the May 27, 2018 death of his beloved wife.

Barely able to speak, he nonetheless directed his family to put together a mailing list for his last book. He took a final sip of Irish whiskey, and the next night, died peacefully.

A memorial service will be held in Dr. Daemmrich’s honor on Saturday, Jan. 8, 2022, 11am, at Upper Dublin Lutheran Church, 411 Susquehanna Road, Ambler PA 19002. Interment private. In lieu of flowers, contributions in his name may be made to the University of Pennsylvania.