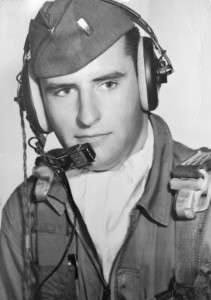 George W. Samson, age 81, of Blue Bell, PA and Bonita Springs, FL, died May 21, 2015. George grew up in Germantown and Mt. Airy, Philadelphia, but was born in Ft. Wayne, Indiana. He started elementary school at the Green Street Friends (Quaker) School then transferred to Germantown Academy in 3rd grade.  He graduated from “GA” in 1951 after making many lifelong friends.   George was a loyal alumnus and named 1973 GA Alumnus of the year.  He served on the board of trustees and finance committee for many years and was awarded the distinction of Trustee Emeritus. George went to SMU, Dallas, Texas for two years then transferred to the Wharton School at the University of Pennsylvania.  He graduated with a BS in Economics and an ROTC commission as a 2nd Lieutenant in the Air Force.  While at the UofP he was a founding coach of the Philadelphia Little Quakers 14 and under boys football team. George did his pilot training in Hondo and Lubbock, Texas then Wichita, Kansas and finished in Salina, Kansas at the Strategic Air Command.  All the training resulted in his piloting a B-47 light jet bomber.  He was discharged in 1959 and joined the reserves at Willow Grove Air Station.  After being called up in 1962 for the Cuban missile crisis, he retired as Captain. George joined Moore Push-Pin Co., a family business originally purchased by his maternal grandfather, Mr. John R. Davies.  Mr. Davies was a Philadelphia banker prior to the depression.  He bought MPP as a personal investment at that time.  During the great depression when the banks went under, Grandpa Davies stepped up to run MPP.  George’s father, Fulton Samson, took over that same role when he married Helen Davies.  George took the reigns when he joined the company after the Air Force and grew the company dramatically.   It is now being managed by a fourth generation. George was a 30+ year member of Sunnybrook Golf Club in Plymouth Meeting, PA, and enjoyed golfing both at SGC and at Spring Run Golf Club in Bonita Springs, FL. He was also a long time member of the Pastorius Germantown business men’s club, YPO and PPO (Phila. President’s organization) and the Wayfarer’s Golf Group. George was the son of the late Fulton Whitfield Samson and Helen Davies Samson; beloved husband of Deborah Keith Samson; devoted father of Gregg(Susan) Samson, and Bruce(Sue) Samson; loving Pop-Pop of 4: Ryan, Deven, Alison and Matthew from his previous marriage to Jo Ann Riner Samson.  Also, stepfather to Bradley Wind, Kimberly Wind and Amanda Wadsworth.  Brother of the late sister, Elizabeth Samson;. Farewell Service A Celebration of George’s life will be held at Sunnybrook Golf Club, Stenton Ave., Plymouth Meeting, Pa. 19462 on Sunday, May, 31st at 11am. In lieu of flowers, contributions may be made in George’s name to Germantown Academy, 340 Morris Rd., Ft. Washington, Pa. 19034