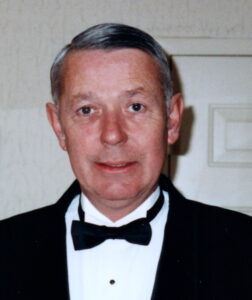 Ed Meyers, age 83, of Fort Washington, PA, passed away at Fort Washington Estates on May 26, 2021. He was pre-deceased by Becky, his wife of 37 years who died in 2017. He is survived by his children: Sarah (Sal) A. Meyers and her husband Brian, Judith M. Cooke and her husband Jay, and Edmund D. Meyers III and his wife Penny; by his three grandchildren: Evan, Lindsey, and Jamison; and by his sister Barbara Koerber.

A celebration of Ed’s life will be held at a later date. In lieu of flowers, the family suggests contributions to Trinity Episcopal Parish in Wilmington, DE.