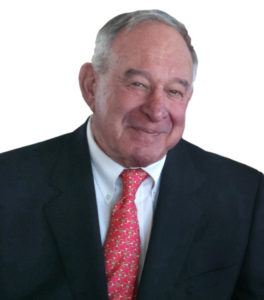 Former Philadelphia Investment Advisor, Arthur Judson II passed away at Paoli Hospital on May 1, 2020 of pneumonia, brought on by the Covid-19 Coronavirus. Judson was 89-years old. His business career spanned sixty years. He joined the family ﬁrm, C.C. Collings and Co. on April 1, 1957 and retired from Morgan Stanley in his early 80s. One of the pinnacles of his professional life was being elected Chairman of the Philadelphia Stock Exchange.

Born in the Chestnut Hill neighborhood of Philadelphia and raised in Wayne, PA, Art Judson loved his time at Episcopal Academy where he excelled in academics and was a standout soccer star. Graduating in 1948, he went on to Dartmouth College and proved his soccer prowess was not limited to high school. During his Freshman year at Dartmouth, he set a high score record that is still believed to be unbroken. Following his 1952 graduation from Dartmouth, Judson went on active duty in the Navy, during the Korean War. At the end of hostilities, Judson studied Business at Harvard receiving his MBA in 1956.

Contributions in his memory may be made to the charitable Foundation named after his grandfather, The Arthur Judson Foundation, 1484 Estate Lane, Southampton, PA 18966, which supports aspiring young classical musicians. A memorial service will be held at a later date.