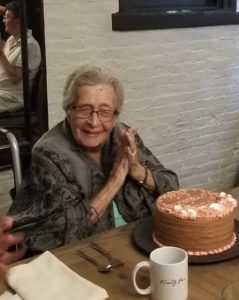 Aida Aguilar died on Tuesday, December 17th, at Abington Hospice Care. Aida, of Ambler, Pennsylvania, was beloved of her family and friends.  She was 99, and is survived by her sons Fabian and Ed Aguilar, her daughter Patricia Falivene, her four grandchildren, Cris, Rafael, and Julia Aguilar, and Amanda Falivene.  She left also 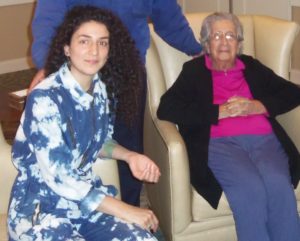 Aida was born in Quito, in 1920; her father, Pablo, was Rector of the Central University, and served as a Governor as well, during a long 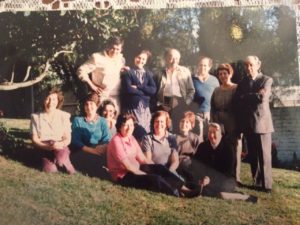 career.  She was the eldest of nine siblings, who looked to her for solace and inspiration.  In 1953, Aida moved to Philadelphia, PA, to join her dear husband, Paulino, who began a long career with Wyeth 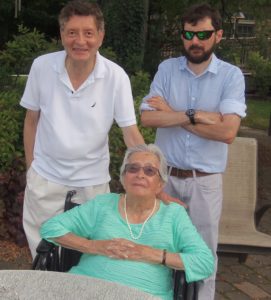 International Labs in Radnor, PA.  Aida raised four children, including her first, Fernando, as well as those mentioned.  She was a leader also in the community, especially in helping many immigrants who were making their way, and extended a friendly hand and support.

Aida had a full and happy life, though marred by one great tragedy, the death of Fernando in a commercial aircraft crash in the mountains.  She helped lead a years-long search, with many families of survivors, and eventually the plane was found.

In retirement, Aida and Paulino moved to Cumbaya, Ecuador, in the beautiful Andes near Quito. She there grew many beautiful flowers, and led the Cumbaya Garden Club to many prizes.  Eventually, they 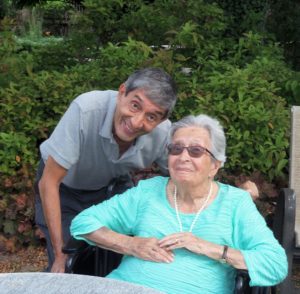 rejoined their children, first in Florida, then back in Pennsylvania; finally, to the Artman Lutheran Home, where she celebrated her 99th birthday.

Above all else, Aida Aguilar was a person of great faith– through triumph and tragedy, her abiding faith in God saw her through 99 years of love and service.  Her funeral mass is at the Artman Home Chapel, 250 N. Bethlehem Pike, Ambler, PA, for the family, close friends, and the Artman community at 10:30am. Friends may call from 10-10:30am. Special thanks to Pastor Ghislaine Cotnoir, who will conduct the Mass, and prayers at the interment, at St. John Neumann Cemetery, County line and Rte. 202, Chalfont.

In lieu of flowers contributions in Aida’s name may be made to St Jude’s Children’s Cancer Research Hospital, PO Box 50, Memphis, TN 38101-9929.