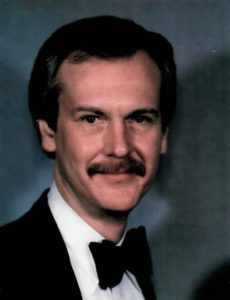 16 September 1944 – 12 February 2020 Philip L Mossburg, III, departed this life peacefully on February 12, 2020, at his home in Ft. Washington, Pennsylvania, at the age of 75. He is survived by his partner of over 47 years, Edwin Nightingale Probert II, and his brother, J. William “Bill” Mossburg, of Denver, Colorado. Philip was born in Washington, DC, and raised in the Drexel Hill area in Philadelphia, Pennsylvania. He was predeceased by his parents, Philip Lawrence Mossburg, Jr., and Mary Rachel Foster Mossburg. He attended Upper Darby High School (Class of 1962), earning his Eagle Scout and serving as an assistant scout master and camp counselor. He went on to Albright College in Reading, Pennsylvania, graduating with a BS in education. He was on the founding team of Radio Station WXAC and a member of Alpha Phi Omega. After college, Philip worked as a science educator for grades 7-12, with the School District of Upper Moreland Township until retirement in 1999. He completed his MEd at Temple University in Philadelphia, PA, 1993, and, was an adjunct professor while pursuing doctoral coursework until 2004. Philip also owned and founded his own wedding photography company from 1971 to 1985. Philip was active in many organizations during his adult life: The English Speaking Union of the United States (Member of Board of Governors and Chairman of Region III); Republican Party volunteer; Phi Delta Kappa while at Temple University; National Education Association; Pennsylvania State Education Association; Upper Moreland Education Association; National Science Teachers Association; Montgomery County Science Teachers Association. He also served on the Pennsylvania Affairs Commission and Horsham Township Conservation Committee, Open Space Committee and the 250th Anniversary Committee. Philip joined many clubs, including The Union League of Philadelphia, The Pennsylvania Society of Sons of the Revolution, The Society of the Sons of St. George, The Society of the Friendly Sons of St. Patrick, The Welcome Society, and The Montrose Club.
Philip was a member and served as an usher at St. Thomas’ Episcopal Church, Whitemarsh, and his final resting place will be the cemetery located there. Funeral services will be held on Monday, March 2, 2020, at St. Thomas’ Episcopal Church, Whitemarsh, at 2 o’clock in the afternoon, reception following in MacColl Auditorium, following the burial. In lieu of flowers, his family requests that donations be made to Albright College, designated to support Radio Station WXAC (Albright College, Attn: Development Office, P.O. Box 15234, Reading, PA 19612, Memo on Check: for WXAC Radio Station) or to St. Thomas’ Church, Whitemarsh, P.O. Box 247, Ft. Washington, PA 19034, Memo on Check: In Memory of Philip Mossburg.