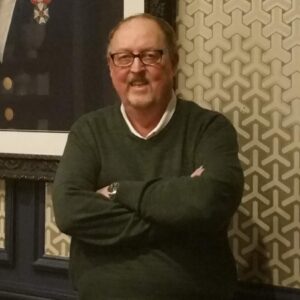 Tom loved all things sports.  In his younger days he was a competitive baseball player.  He possessed a lifelong passion for golf, as an avid player and viewer of the sport enjoying countless rounds with his friends, children, and grandchildren. He has also served as a dedicated coach for all his adult life both for his children’s athletic teams and other basketball programs.  Most notably in coaching Tom was a beloved Basketball Coach for 30 years at Holy Ghost Prep. Above all though he especially enjoyed attending every game, match and scrimmage in which his grandchildren played.

The greatest love of Tom’s was his family.  He frequently talked about how fortunate he felt to have 2 wonderful children who each married spouses who became his other 2 children.  He also considered himself blessed that he was able to be so active with his wife, children and grandchildren.  Tom will be remembered for his warmth, sense of humor, and loyalty to others.  Tom had the ability to make you feel special every time that he interacted with you.  He will be remembered for his zest for life, for making people laugh and for making others around him feel special.  We will all miss that.  Relatives and friends are invited to Tom’s visitation Thursday 12/3, 10am at St. Alphonsus Catholic Church, 33 Conwell Dr., Maple Glen, PA 19002, where his Mass of Christian Burial Will be at 11am. Interment private. In lieu of flowers contributions in Thomas’ name may be made to the Holy Ghost Preparatory School, Basketball restricted fund, Attn: Tony Chapman, 2429 Bristol Pike, Bensalem, Pa 19020